I have gathered a list of path tracing shaders on ShaderToy.

Path tracing is a surprisingly simple technique to render realistic images. This would be my definition if you are unfamiliar with the term. But if you already have experience with various ray tracing techniques, I would probably say that path tracing is a remarkably elegant solution to the rendering equation. You can implement a toy path tracer in a weekend or, if you’ve already done it a few times before, within 25 minutes.

Recently I was documenting myself on path tracing, and some of the techniques that can be used, like next event estimation, bidirectional path tracing, Russian roulette, etc. This is a case where ShaderToy can be an invaluable source of examples and information, and so I was browsing path tracing shaders there. As the number of open tabs was starting to get impractical, I decided to use the “playlist” feature of ShaderToy to bookmark them all.

You can find the list here: Path tracing, on ShaderToy.

Some of those shaders are meant to be artworks, but even the technical experimentation ones look nice, because the global illumination inherent to path tracing tends to generate images that are pretty.

Recently a short video from dark magic programmer Tomasz Stachowiak made the rounds in the graphics programming community, at the sound of jaws hitting the floor in its wake. It shows his recent progress on in his renderer pet project: beautiful real-time global illumination with fast convergence and barely any noise, in a static environment with dynamic lighting.

In a Twitter thread where he discussed some details, one keyword in particular caught my attention: ReSTIR.

ReSTIR stands for “Reservoir-based Spatio-Temporal Importance Resampling” and is a sampling technique published at SIGGRAPH 2020 and getting refined since.

Spatiotemporal reservoir resampling for real-time ray tracing with dynamic direct lighting
The publication page includes the recording of the SIGGRAPH presentation, with a well articulated explanation of the technique by main author Benedikt Bitterli.
(same publication hosted on the NVidia website).

Improvements over the original publication

After the initial publication, NVidia published a refined version producing images with less noise at a lower cost, which they call “RTXDI” (for RTX Direct Illumination).

When discussing on Twitter some of the limitations of ReSTIR, Chris Wyman made the following remarks:

To be clear, right now, ReSTIR is a box of razor blades without handles (or a box of unlabeled knobs). It’s extremely powerful, but you have to know what you’re doing. It is not intuitive, if your existing perspective is traditional Monte Carlo (or real-time) sampling techniques.

People sometimes think SIGGRAPH paper = solved. Nope. We’ve learned a lot since the first paper, and our direct lighting is a lot more stable with that knowledge. We’re still learning how to do it well on full-length paths.

And there’s a bunch of edge cases, even in direct lighting, that we know how to solve but haven’t had time to write them up, polish, and demo.

Here are some links related to ray tracing, and more specifically, path tracing.

On a slightly different topic, fxguide had a great series of articles on the state of rendering in the film industry, which I previously mentioned. 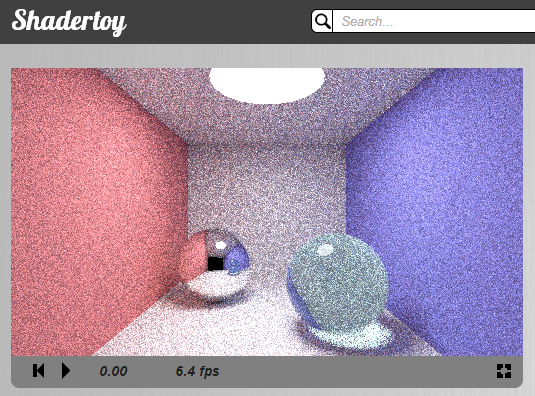 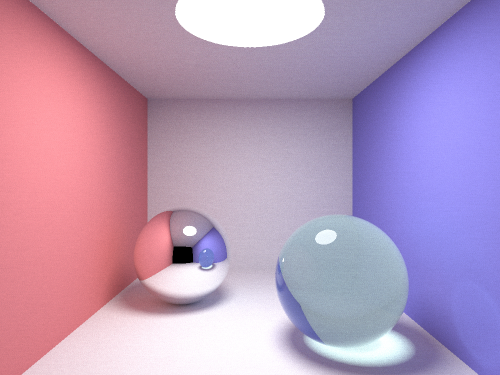