On his blog, director Ron Doucet presents a thorough analysis of the visual constructions in the Pixar animation film, The Incredibles. The articles include breakdowns of complete scenes in term of visual components. It is a great read on how the picture can be designed to support the storytelling.

I was delighted to discover the last Disney short film, Paperman, which was released to the public a few days ago. Almost completely in black and white, with a hint of red, this animation a small gem of directing.

If I may try myself at a analyzing the image, notice how the light is used to support the story.

The guy is lit according to his mood: a strong but soft rim light when he is happy, a dim and dull ambient light at work, a strong and harsh side light when the moment is intense. Notice for example how his face has soft shadows at the office, but strong shadows right before he runs. Notice too how the paper planes pull him from the shadow back into the light.

The woman is lit depending on how unreachable she gets: the more difficult she is to reach, the less lit she is. As she gets in her train, she is surrounded by shadow. Similarly, when she is seen from the window, the whole building is bright, drawing attention to her, but the room is still dark as she is unreachable. As the paper planes get closer, she gets more and more light. When she passes the door, she gets back in the shadow.

Of course when they reach each other and finally meet, they both are in the light.

Browsing Vimeo yesterday made me stumble upon this gem: Amphitrite – underwater goddess. This short clip on the invocation of the sea goddess Amphitrite is striking by its magnificent use of flamboyant orange textures. This is the kind of video you must watch full screen.

The design website Dornob mentions this nice concept of a balloon shaped light. A simple and well executed idea. In a previous article on some balloon inspired design they already mentioned such an idea, in reference to the classic French film from 1954, Le ballon rouge: 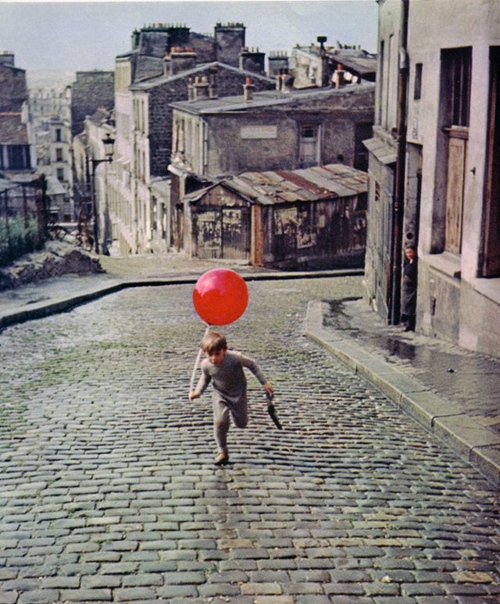